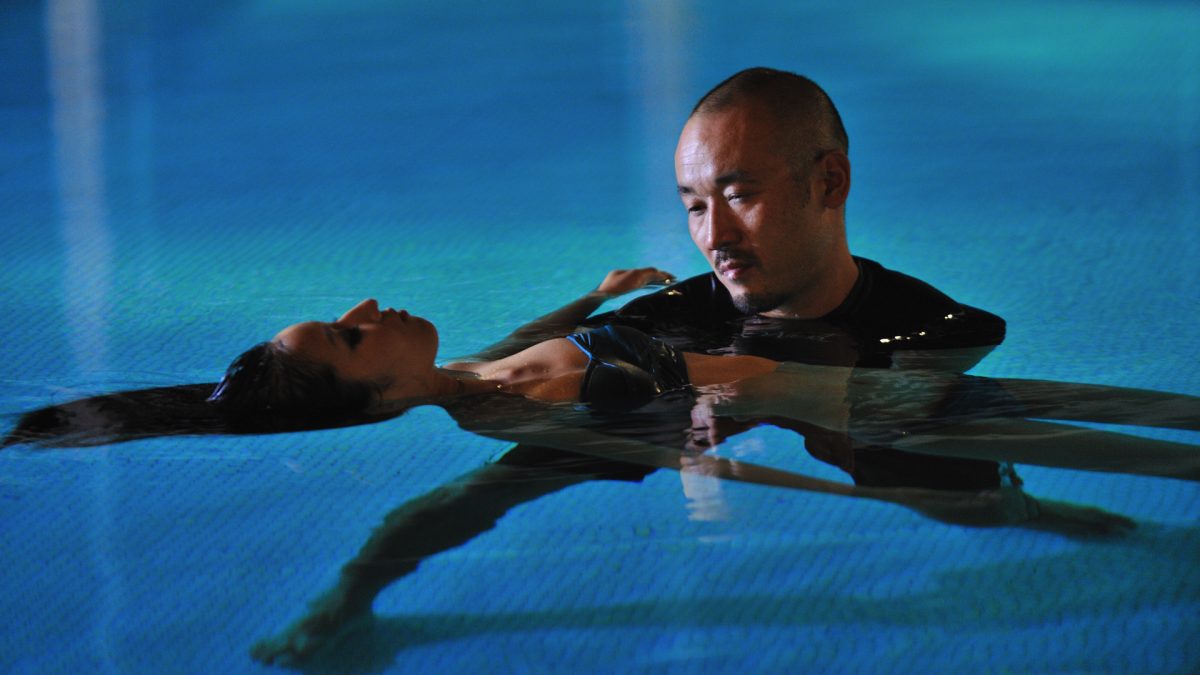 WATSU Senior Instructor certified by Worldwide Aquatic Bodywork Association (WABA). He has worked to develop Watsu in Japan since 2007 and founded Okinawa Watsu Center, the only training institute in Japan under WABA. He has worked closely in WABA and became a member of ESAC (Educational Standards Advisory Committee) since 2017. He works with a group of physical therapists in Taiwan, and also with world’s top brand spa resorts in Maldives, Thailand, Philippines and China.

Toru starts his carrier with the international hotel chain in Tokyo, working in the human resources division. He’s always been interested in education, but not in school education. He seeked his carrier in the corporate world first.

Toru found his path to the alternative education system. He worked for an educational foundation for learning disabilities and school refusal students.
Later this path led to working at a government agency for broader social problems called NEET (Not in Education, Employment, or Training)

Toru joined a non-profit organization to facilitate therapy programs to swim with the wild dolphins in Florida. It was through this project where he met Watsu. Since 2000, he studied with the renowned teachers like Watsu founder Harold Dull, Minakshi, Peggy Shoedinger, Cameron West, and Theri Thomas. Founded Okinawa Watsu Center in 2009. 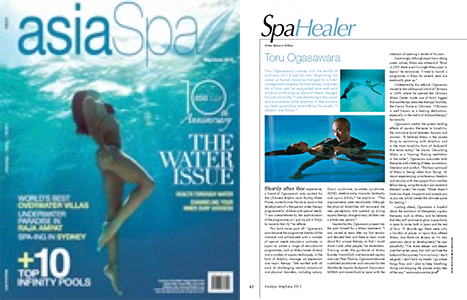 Open to read the article

Toru Ogasawara’s journey into the world of wellness isn’t a typical tale. Beginning his career as human resources manager for a hotel management company, he lived a hectic corporate life in Tokyo until an unexpected swim with wild dolphins on the tropical island of Hawaii changed his outlook on life. “I was swimming in the ocean and encountered some dolphins. In that moment my heart opened like never before,” he recalls. “I sensed I was ‘home’.”

Shortly after this experience, a friend of Ogasawara’s who worked for the US-based dolphin swim facility, Water Planet, invited him to Florida to assist in the development of a therapeutic water therapy programme for children with special needs. “I was overwhelmed by the sophistication of the programme, so I quit my job in Tokyo to move to the US,” he reflects.

This bold move paid off. Ogasawara soon became the programme director of the initiative and collaborated with a number of special needs education institutes in Japan to create a range of educational programmes, such as Watsu (water shiatsu) and a number of aquatic techniques, in the form of dolphin, massage, art expression and music therapy. “We worked with all sorts of challenging mental, emotional and physical disorders, including autism, Down syndrome, tourettes syndrome, ADHD, cerebral palsy, muscular dystrophy and spina bifida,” he explains. “The improvements were remarkable. Although the physical disabilities still remained, the new perceptions that opened up during aquatic therapy changed many children into a whole new person.”

Inspired by this, Ogasawara jumped into the pool himself for a Watsu treatment. “I was moved to tears after my first session and decided then and there to learn more about this unique therapy, so that I could share it with other people,” he remembers. Training under the guidance of Watsu founder, Harold Dull, and renowned aquatic instructor Theri Thomas, Ogasawara became a certified practitioner and instructor for the Worldwide Aquatic Bodywork Association (WABA) and moved back to Japan with the intention of opening a centre of his own.

Surprisingly, although Japan has a strong onsen culture, Watsu was unheard of. “Back in 2001 there wasn’t a single Watsu pool in Japan,” he reminisces. “I tried to launch a programme in Tokyo for several years but eventually gave up.”

Undeterred by this setback, Ogasawara moved to the subtropical island of Okinawa in 2009, where he opened the Okinawa Watsu Center inside one of Asia’s biggest thalassotherapy (seawater therapy) facilities, the Kanna Thalasso Okinawa. “Okinawa is well known as a healing destination, especially in the realm of thalassotherapy,” he remarks.

Ogasawara credits the potent healing effects of aquatic therapies to biophilia, the instinctive bond between humans and animals. “[I believe] Watsu is the closest thing to swimming with dolphins and is the most biophilic form of bodywork that exists today,” he claims. Describing Watsu as a “moving, flowing meditation in the water”, Ogasawara associates both therapies with a feeling of deep connection, liberation and comfort. “The basic principal of Watsu is ‘being’ rather than ‘doing’. It’s about experiencing simultaneous freedom and security with the support from another fellow being, using the body’s own essential element: water,” he muses. “Water doesn’t have any shape; it supports and accepts you as you are, which creates the ultimate space for healing.”

Looking ahead, Ogasawara is hopeful about the evolution of therapeutic aquatic therapies, such as Watsu, and he believes that they will continue to grow in popularity in years to come, both in Japan and the rest of Asia. “A decade ago there were only a handful of places in Japan that offered Watsu, now there are dozens; so I’m very optimistic about its development,” he says peacefully. “I’ve dived deeper and deeper over the last ten years, but I still can’t see the bottom of this journey. I’m in no hurry. I don’t set goals. I don’t hold my breath. I go where things flow, and I plan to keep breathing, diving and enjoying the process every step of the way.” www.watsucenter.jp

has been added to the cart. View Cart